For the remainder of 2015 and early 2016, our team is focusing on two large initiatives: CSS HR/APS and IST.

CSS HR/APS is now live in ServiceNow! Click here for the announcement.

On Wednesday, April 1, 2015, the IST-ServiceNow Project held its kick-off event with an enthusiastic and standing room only crowd at Dwinelle Hall. Approximately 90 attendees from Information Services & Technology (IST), Campus Shared Services (CSS), and members of the IT Leadership Group (ITLG) came to hear from project sponsors and team members about IST’s move to the ServiceNow platform for Incident Management.

The IST ServiceNow Project supports a primary goal of the IT Service Management (ITSM) initiative, to improve service and efficiencies through the use of standardized business processes and tools, including a single IST service management solution.

The scope of this initiative is to move Incident Management for all IST units from their current tracking systems (Footprints, Request Tracker, etc.) into ServiceNow by March, 2016.

The kick-off included a variety of speakers:

It was an exciting moment when sponsors Larry Conrad and Lyle Nevels signed the IST ServiceNow Project Charter, with Peggy Huston and Jerry Yerardi close at hand. 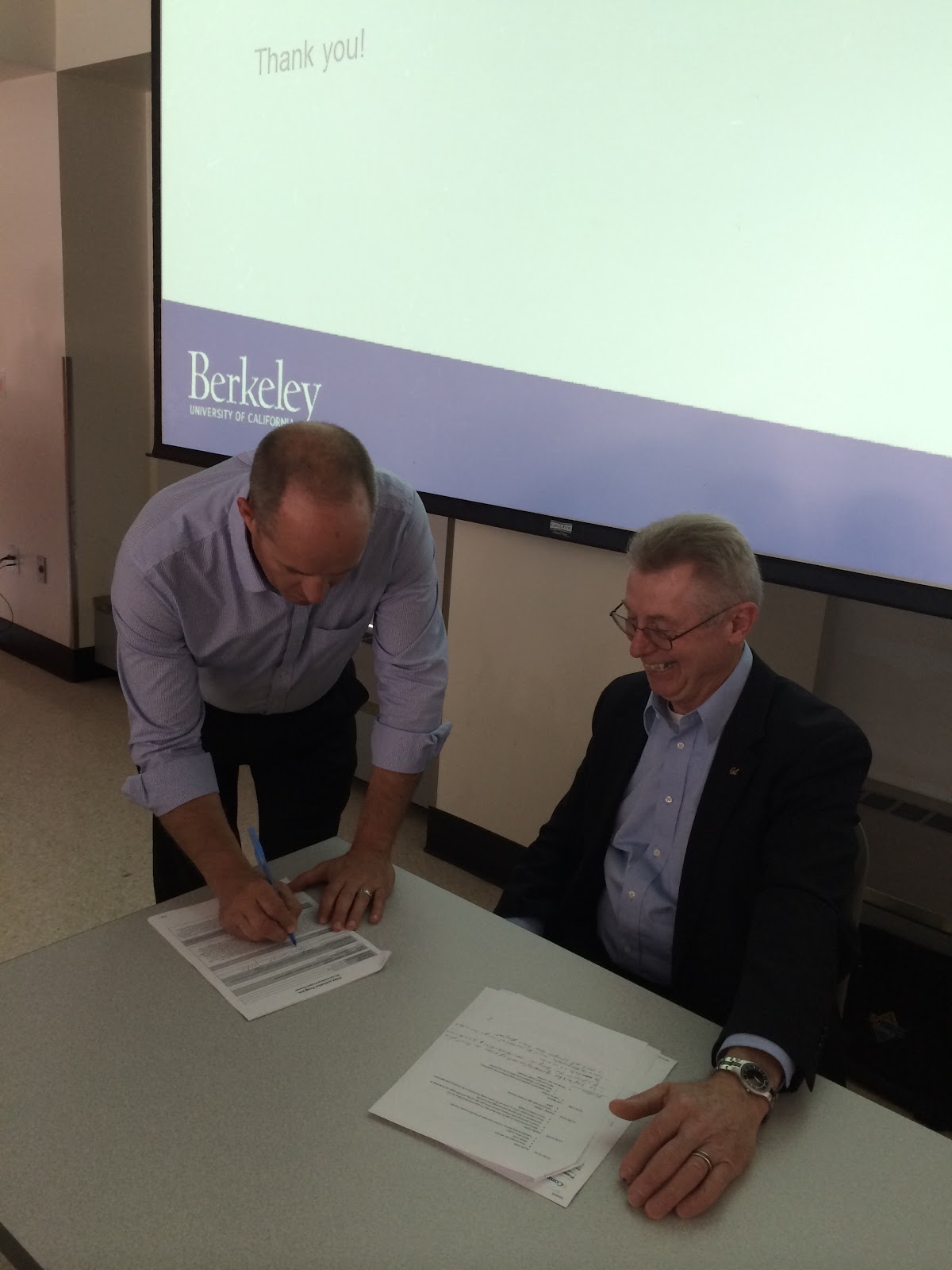